Last week we just put the 26th edition of Café Créme Magazine to bed. The cover for this issue was painted by Thierry Bascoul, a self-taught artist based in Estepona, Spain. Whilst scanning through the images he sent in for inclusion in a feature, I started printing them out and sticking them all over the office walls. Hooked!

Thierry grew up in France and worked in Bordeaux and Toulouse. He has an adventurous spirit and one day set off for Ireland on his BMW motorbike. His original plan was to learn English then get a job as a driver of long-haul trucks, in order to go on the road in Eastern Europe, eventually heading for Russia. But instead of that he found himself managing a bar, The Déjà  Vu, one of the most popular bars in Dublin! As John Lennon said – Life is what happens to you when you are busy making other plans! After a few turbulent years, he felt the need to return to his native country with his girlfriend, his cat and their suitcases.

After a brief stint in the Basque Country, the next stop was Geneva and Lausanne while finding time to learn about painting.Eventually the call of the sun led him to Spain. He now runs a small business of guesthouses (Yurts in Spain) and manages his time between painting, his rock’n roll band and yurts. What a sweet life!

All these apparent contradictions – a truck driver, an amateur jazz guitarist, a rock n roll singer, a bar manager, a restorer – forged his unique style. His painting is a reflection of his life – diverse. Check out his art below. 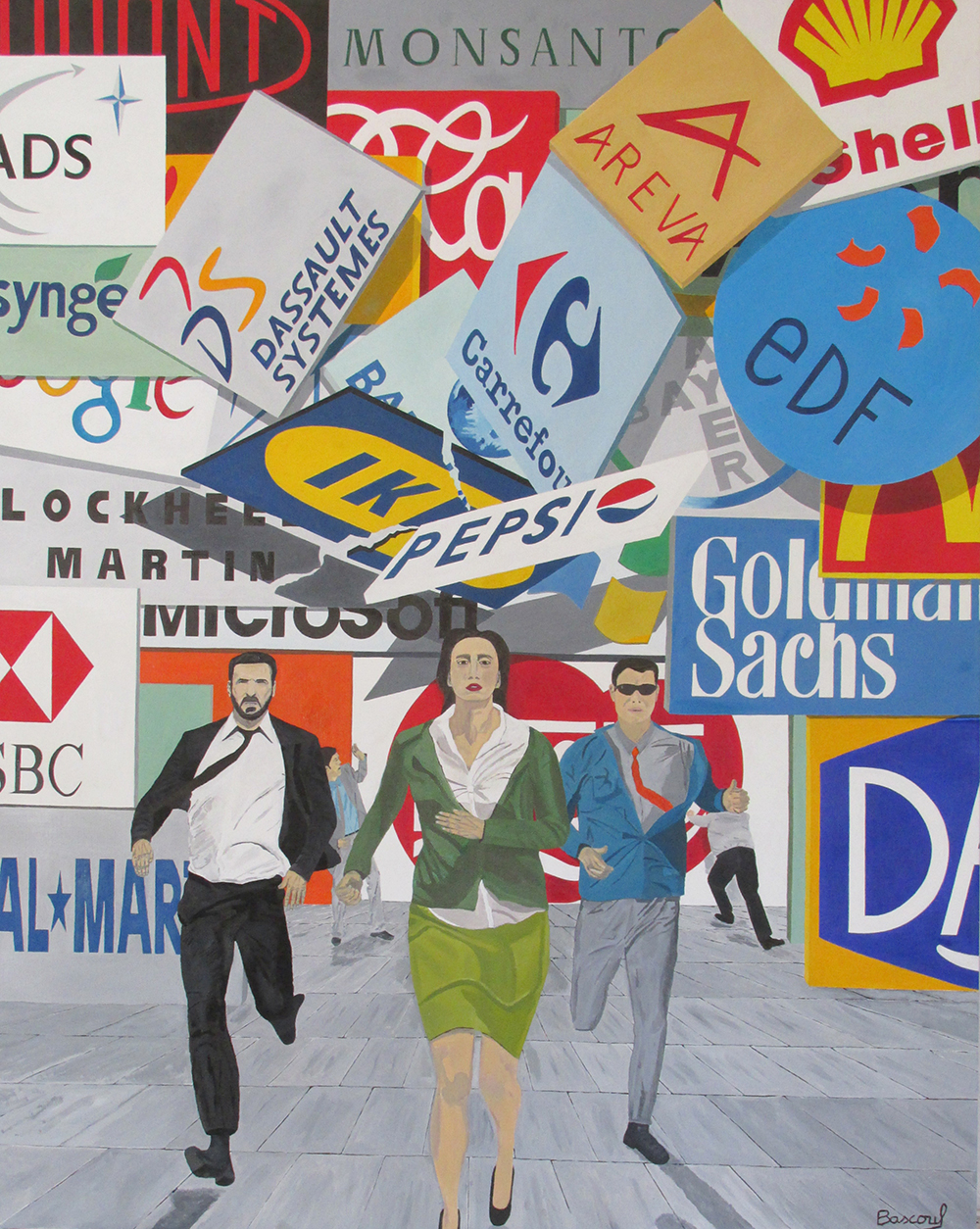 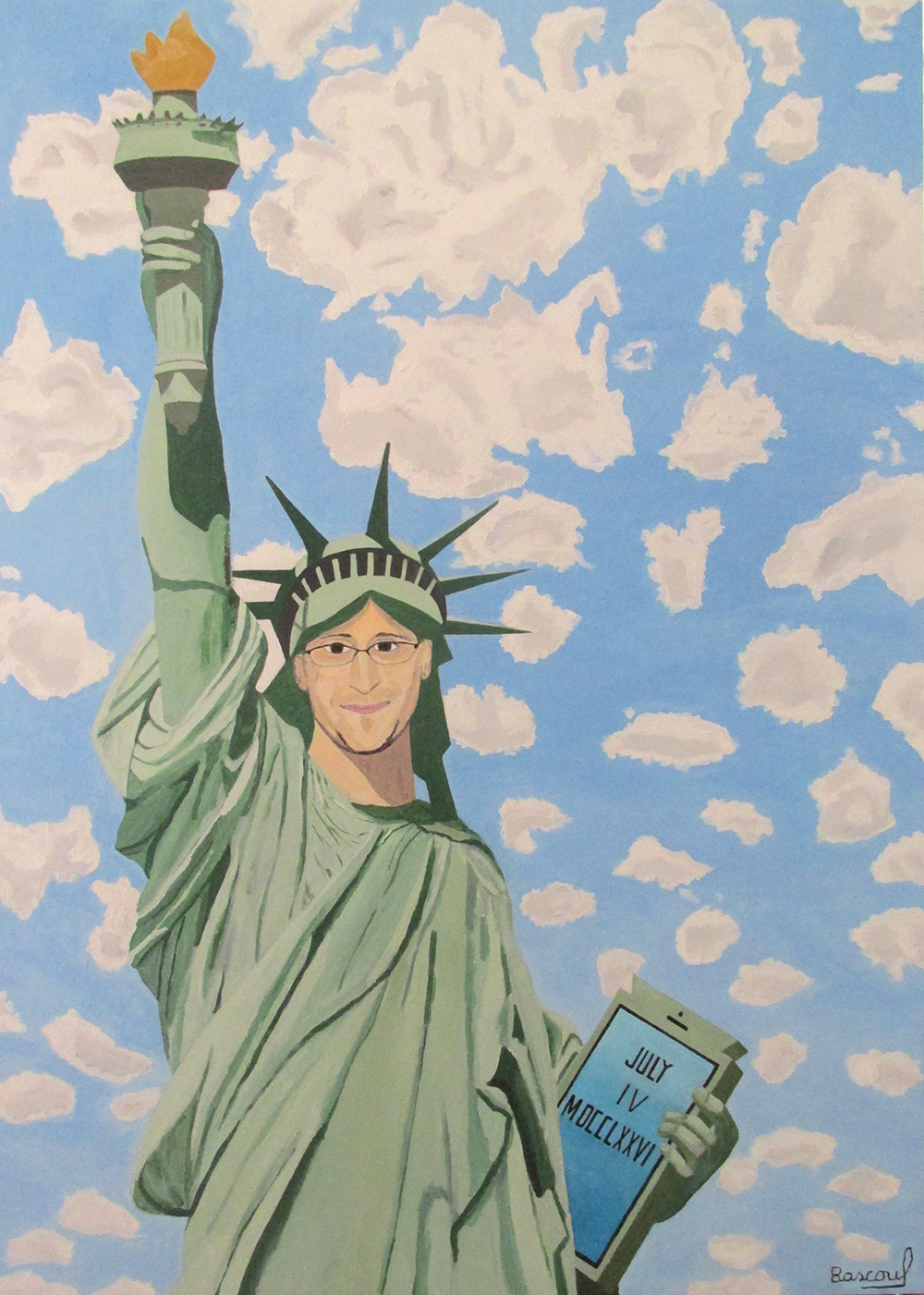 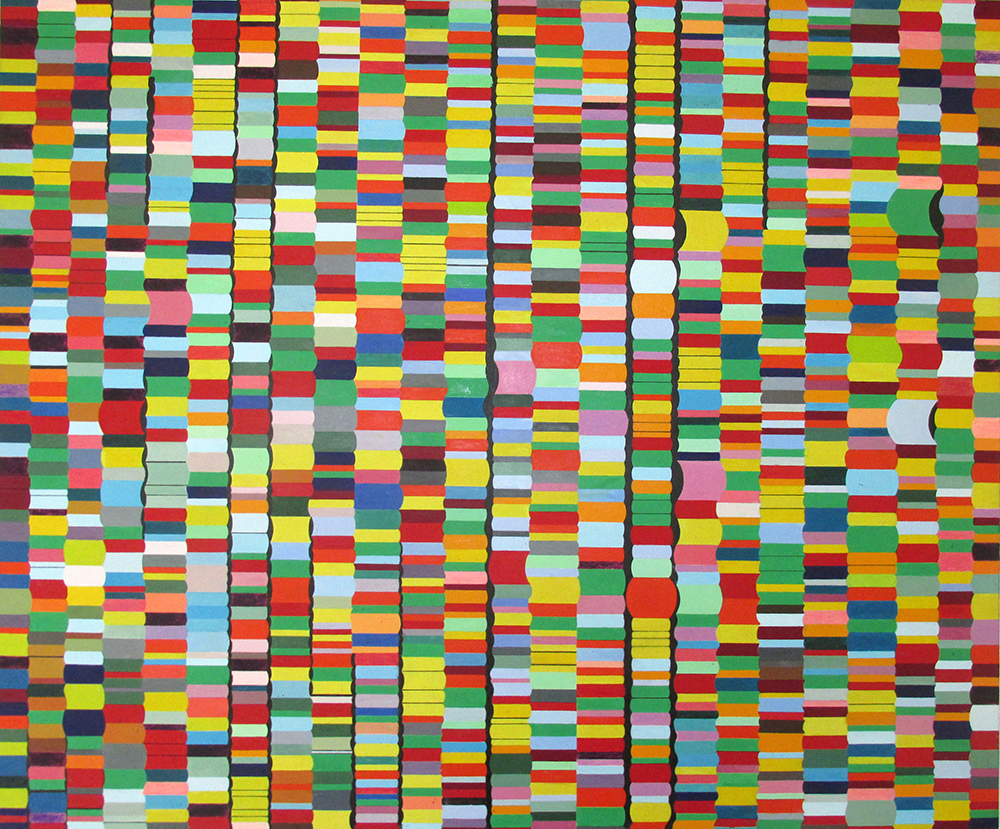 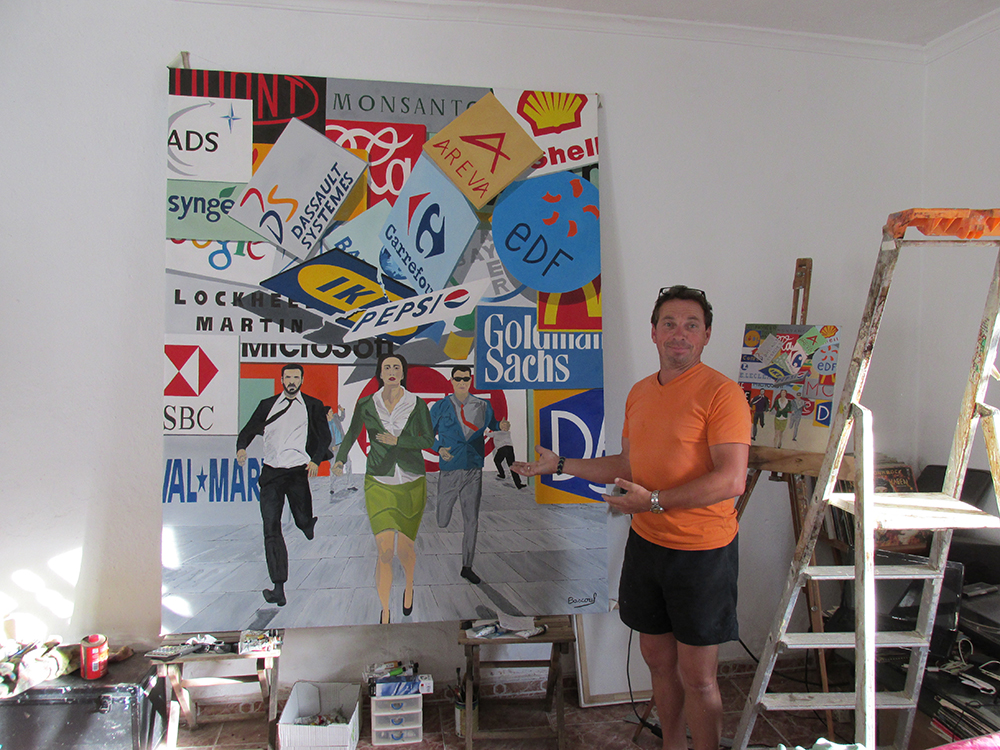 Thierry Bascoul at work in his studio 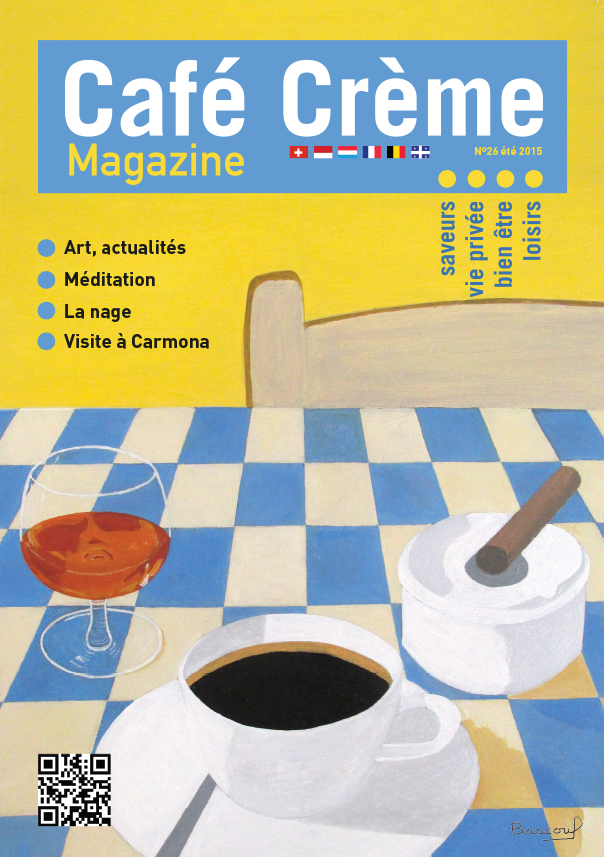 brighten up. keep it real. be positive. follow your dreams.